I spent 20 years using pretty much whatever, but mainly a .60 Tortex pick. About 10 years ago I started using a .88. Five years ago I switched to a 1.0 Dunlop Max Grip. After a year or so I switched to 1.14 in the same pick. Then, 2 months ago I was at a music store buying a guitar tuner and saw the JP Jazz picks at 1.5. I've been using them exclusively ever since. It wasn't until the last few nights that it started to click with me and the JP picks, but now that it has, I think I'd have a hard time going back to something thinner.
That's my story - curious about your journeys.
My main players:
1981 Pacer Strat Head White
1984 CandyRed Pacer R5 Nanner
1985 Custom Baretta
1990 Charvel Predator
1991 Ibanez RG565
2013 Carvin DC700
2016 R9 Les Paul Custom
2017 Fender Jim Root Strat
2018 Jackson USA Soloist
2019 Fender Ultra Tele
2019 ESP USA Eclipse
2020 Fender Jim Root Jazzmaster
Top

Tortex 1 or 1.14 since like 35 years. Heavy enough for hard picking and thin enough for precise playing. In my ears thicker than that muffles the tone a bit, the edge is too thick.
Top 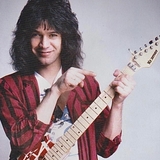 I've always used fairly thick picks - the Purple 'Tortex' Dunlop 1.14mm picks are flexible enough, I have the usual size and the smaller flow picks + prefer using the rounder side sometimes to play as you get a nice contact.

Hit me up if you have a Ripley to sell

I think I went through almost every pick ever made over the years. I was bouncing between Fender, Gibson, Tortex for years. I eventually found stubby 1.0 picks, and was thrilled with them. But there was one major flaw. They were clear. I was losing them left and right, both at home and gigs. I even went so far as to call Dunlop to see what it would take for them to throw some dye in the vat while making them, to no avail.

Eventually, I tried the stubby 2.0, and they were my main picks for years. Within the last decade, they came out with the 1.0 picks in red. I immediately bought a bunch, and I thought I was happy again. Unfortunately, the new ones were made of a softer plastic. Whenever I used the pick for a pick scrap or even tapping, it would dent the pickup. I went through a lot of them, and finally thought about using a piece of sandpaper to sharpen the edges again, just like you do after using a chisel. Eventually, that got old and I went in search for new picks.

I went through a ton of picks, trying all kinds, including very expensive ones, like Gravity. I played Teddy's for a while, and they weren't bad.

Eventually, I watched a video of Petrucci talking about his gear. He talked about the Jazz III, and how he loved them so much that they asked him if he wanted his own signature pick. So, I bought a pack of Jazz III, Petrucci signature picks, and Andy James signature picks. All 3 types had the same sharp end, with different thicknesses. After giving each a fair amount of time, to see how I felt about them, I decided on the Jazz III, and have been using them ever since.
"Women and music...I'm always amazed at other people's choices" - David Lee Roth
Top

I can use almost anything I pick up off the ground. LOL.
Working in a music store for over 2 decades I just tended to grab whatever was laying closest to me. I am still that way. I just grab whatever is laying around. I have thousands of picks. When you work at a store you just accidentally take them home every night. It adds up. LOL.
When I first started playing, and for decades, I used only Fender Medium tortoise picks. I could find them anywhere.
I will use just about anything .60-.88. Then I discovered Clayton Acetal picks, and then Dunlop Ultex picks. I prefer these last 2 picks in med-med/hvy. I just like how responsive the material is. I can actually feel the pick attack in my finger and thumb when it contacts the string.
I also prefer the size of the picks to be Standard size picks.
Joe in Detroit
85 Striker 100ST Blk (1st E. Guitar)
88 Nightswan Sparkle Blue
88 Nigthswan Bolt/Ugly Duckling rescue project
19 Nightswan Polka Dot reissue
86 Classic III Tele Cream
90 Classic II Tele Cream
90 ProAxe Std CR
87 Ripley Blk
89 Sustainer Blk
86 Focus 1000 Blk (FS)
90's Spector SSD Blackhawk
89 Glide C2 Blk
8? Focus Classic Snbst
87 Monsters of Rock Baretta 2
87 Pacer Cst 1 Relic
91 Baretta 3 Black Cherry
88 EE Pro 1 White/Rainbow
89 Grace C1 Flip Flop Something
01 Music Yo Imperial/Explorer blue project
89 Baretta 2 Flip Flop Red
Top

Yellow Dunlops since I decided to pick one and stick with it. Easy to see when you drop them too.

I try and use a sixpence (actually usually an Australian 5 cents which is the same size) for Queen stuff. Doesn't sound quite right with a plastic pick.
Top

Went from1.0 Dunlop’s to the 50th anniversary Hercos. I think they’re .88
Top

Fender Mediums are fine
super thin don't work *for me)
A Bread clip when yer broke (come on, you know we've all been there)
Thumb if you don't have a quarter
It's a Beautiful World.......... except for the humans
Top

I think I started with medium picks, then used Snarling Dogs Cat Tongue grip 0.60 for a bit, then Jazz III, then medium 351 again, then heavy 351 (usually D'Addarios), then super heavy, then Clayton Duraplex 0.88 for a bit, and now Clayton Duraplex 1.14. I seemingly tried every pick in between. Honorable mention to 0.73 Dunlop Gator grip, as well as Tortex 0.73. I rarely use a pick with bass, but I really like the Clayton Duraplex rounded triangles 1.14.. just a really mean and aggressive attack and sound, and slightly easier over the big bass strings in that shape.

Played a ton of picks, but have more recently become really fond of Claytons newer Duraplex picks. They're basically cheaper rip offs of the Dunlop Tortex picks except the edges are more square which makes the attack a bit more crisp. Love them. They're also pretty durable. I did a big pick comparison/challenge one day, and the Duraplex became my favorite as far as response and tone. My only complaint is that sometimes they are a little curved from being punched out, but they still win for me.

SWANTECH wrote: ↑Wed Oct 13, 2021 4:36 pm Then I discovered Clayton Acetal picks, and then Dunlop Ultex picks. I prefer these last 2 picks in med-med/hvy. I just like how responsive the material is. I can actually feel the pick attack in my finger and thumb when it contacts the string.
I also prefer the size of the picks to be Standard size picks.

I get what you're saying about feeling it in your fingers with both of those varieties. I'm not sure I like it myself lol, but I totally get it. I could never get into the Acetal tone, but those Ultex picks sound really nice for sure!
Top 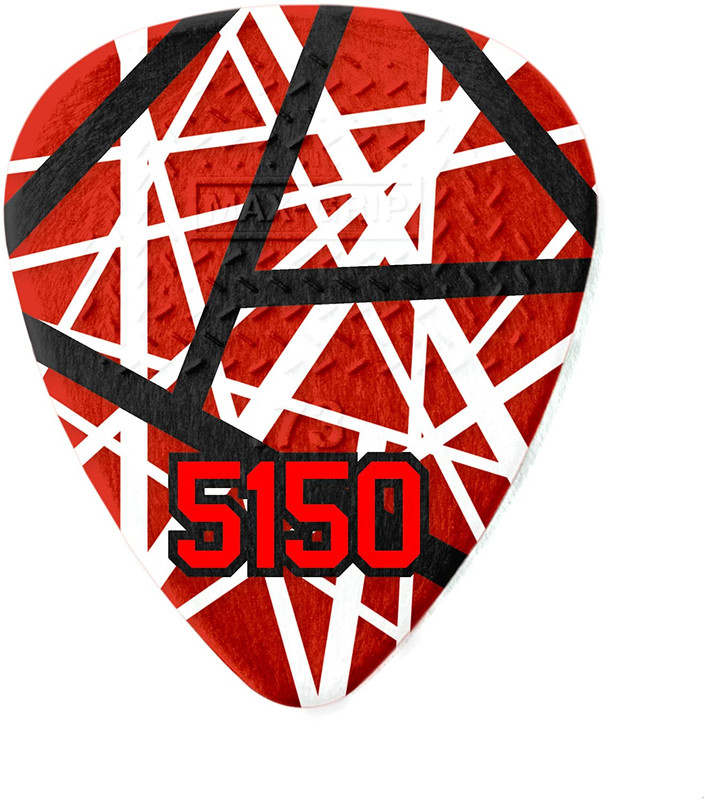 In tribute they will be the only picks I use on all my guitars forever.